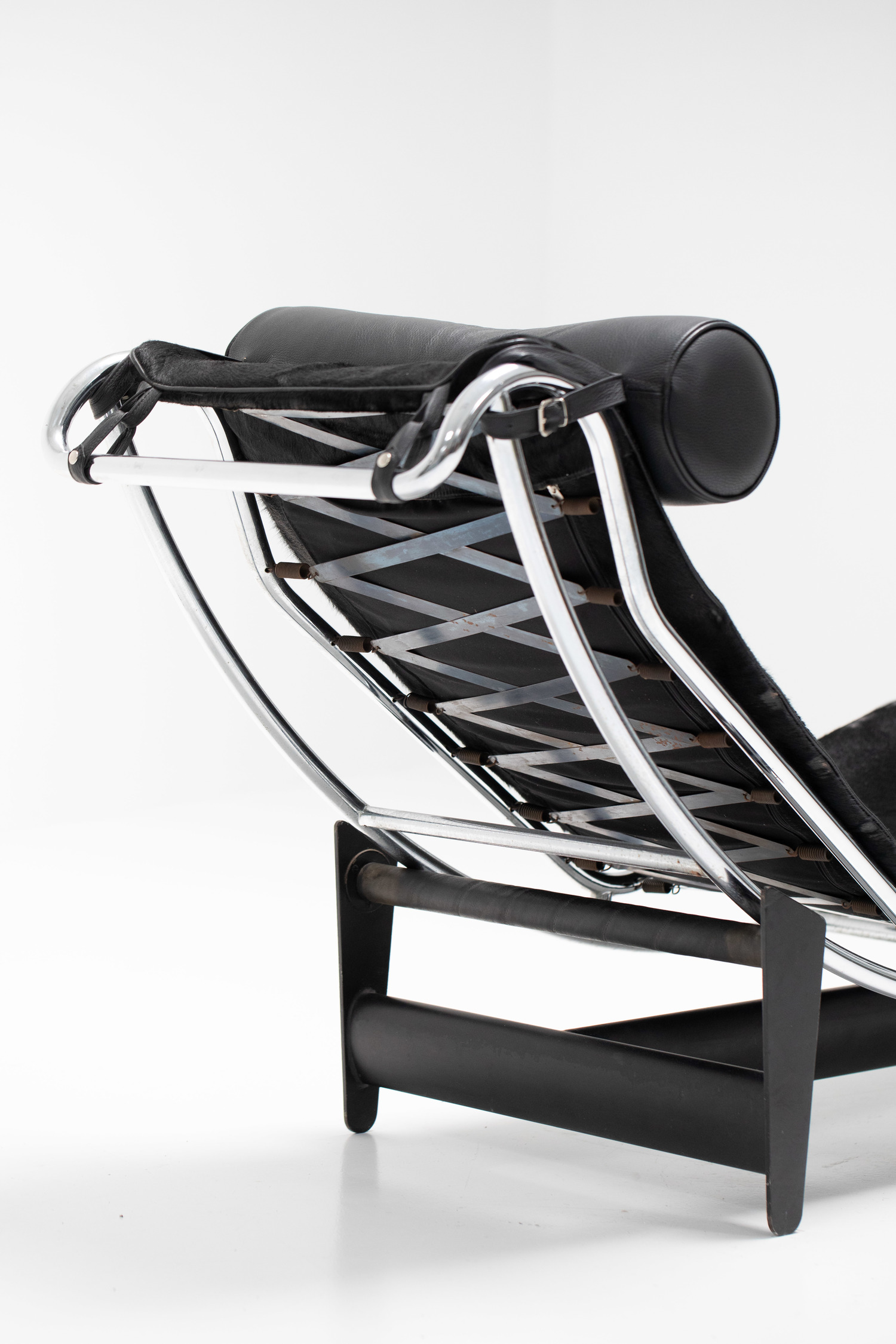 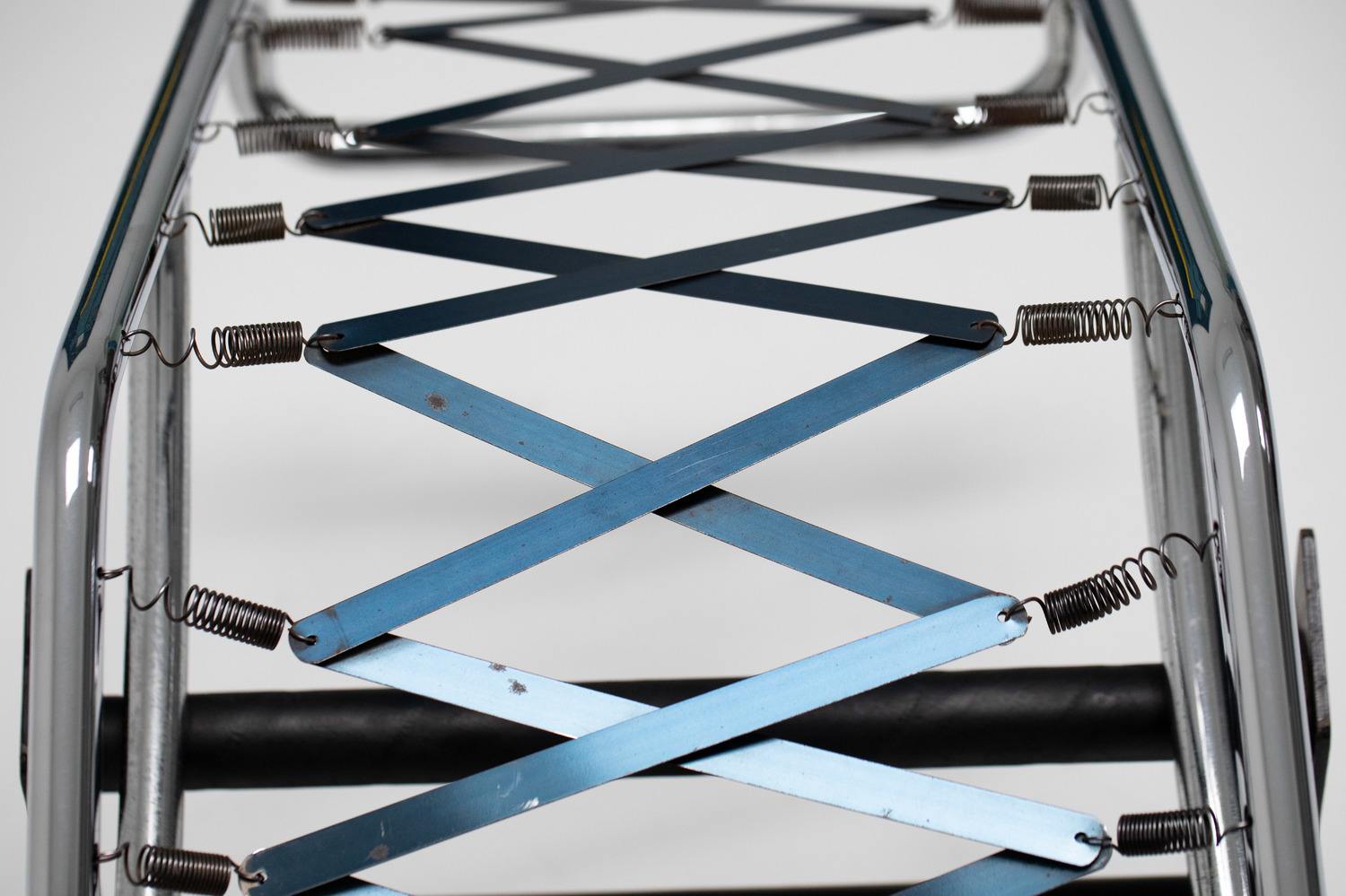 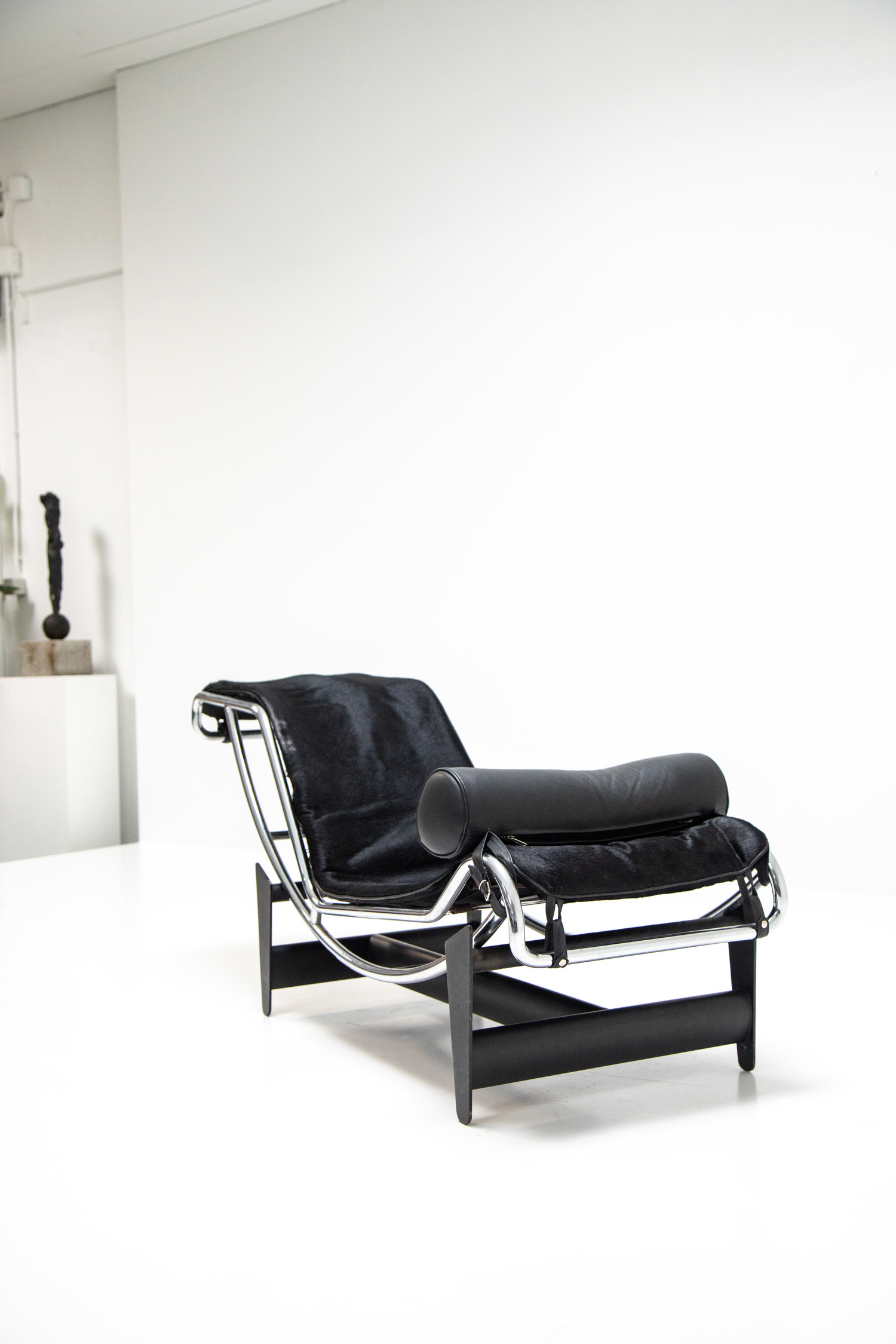 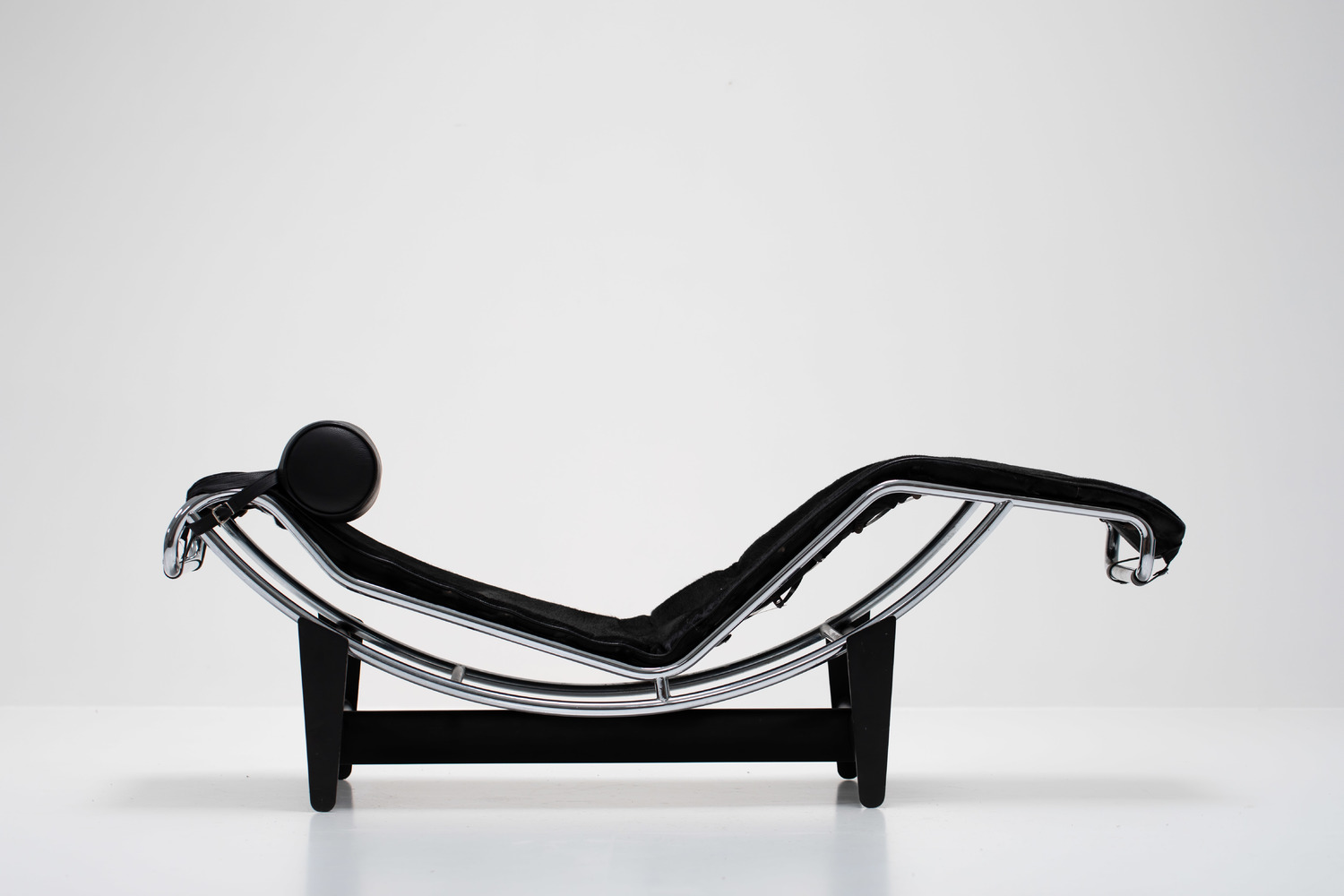 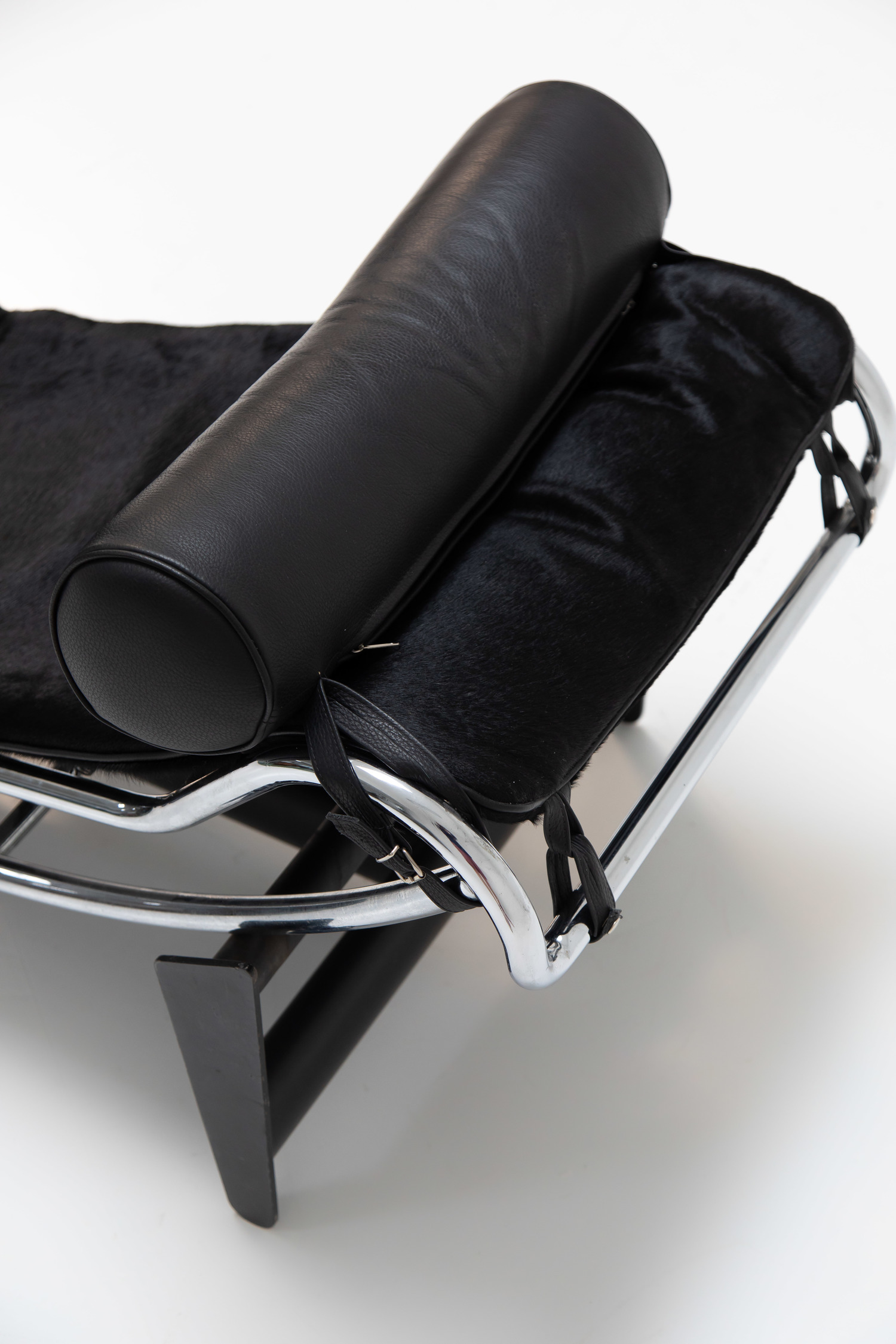 Apart from the 1930`s Thonet production, of which there are very few, this is the first licensed version, pre-Cassina, made in Zurich, Zwitzerland, by Heidi Weber.

The chair was exactly made according to the drawings and with approval of Le Corbusier by Heidi Weber in her atelier in Zurich. The proportions of the frame and details like the shape of the base, the form of the tubes, the spring system that holds the horse skin, are different from later production, where Cassina changed these details. Heidi Weber was a client and friend of Le Corbusier, she comissioned a pavilion which she used as a gallery, where she also sold art by the great master and the furniture that she made for him. It was the last building Le Corbusier realised before his death.